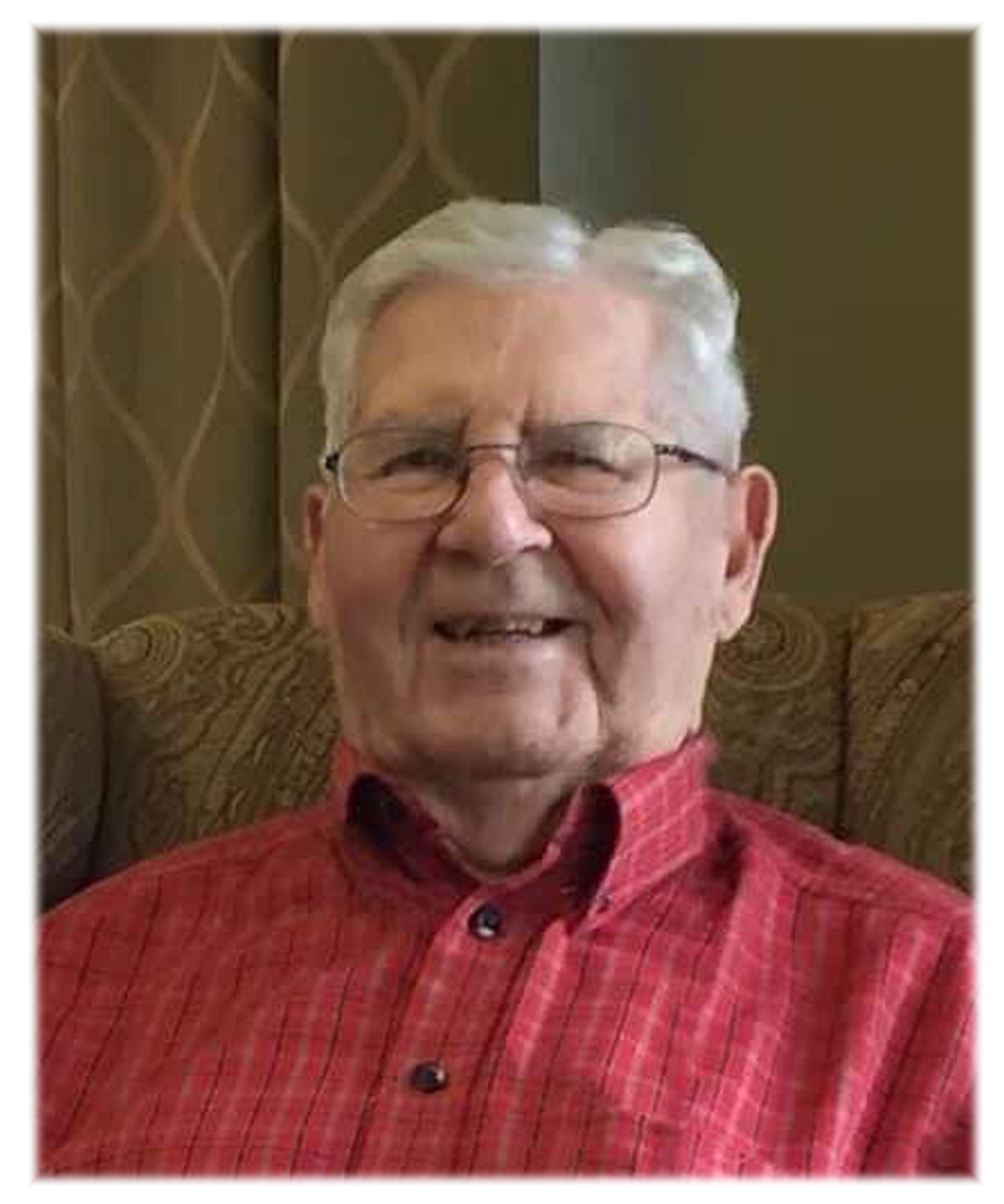 Date of Death: May 28, 2021
Share
Send a Private Message Of Condolence
Make A Donation
Download or Print

Dad led a rich and charmed life.  Born in the village of Freeport, Nova Scotia, he left for Normal School (teachers’ college) at age 17, returning to fish in the summers, while completing his degree at Acadia University.

As he liked to say, there he met “Elizabeth Taylor without the diamonds”.  Liz was Dad’s “girl next door” as Mum did indeed occupy the adjoining office.  In 1953, Dad married the love of his life, and Liz and Blair settled in a dilapidated old farmhouse on Stone Road.  In this loving home, they raised their two children, Grant and Alison, while welcoming dozens of students and visiting professors from all over the world for meals and friendship.  This house was in a constant state of renovation, and students could expect to be handed a shovel or a crowbar when they arrived for a visit!

Dad was respected by his peers and students, and was known as a caring, dedicated, challenging, and good-humoured teacher. A mentor to many, his door was always open.

His reputation led to a teaching assignment in Argentina in the unstable era of the 70’s.  Liz accompanied him on this wild adventure, and over the years, they attended plant pathology meetings all over the world, gaining new friends as they travelled.   Other meetings took the whole family on long tenting expeditions across Canada and the US.

Blair’s research contributions to his field were vast, although the grants were small.  He reminisced that it was often an inquiry from a grad student that had prompted an investigation into a specific area.  He gave credit to these students for inspiring his ventures into new fields of research, and was pleased to see many of them become the backbone of research and extension work in Canada.

He was recognized as a Fellow of the Canadian Phytopathological Society, an award honouring outstanding service to the Society and to the profession of plant pathology.  He was Editor of the CPS journal for many years.

Upon retirement, he was granted the title of Professor Emeritus for distinguished contributions to the University.

Dad loved music, especially singing in four-part harmony. He sang in the Harcourt United Church Choir from his first years in Guelph, with a “break” of about 18 years, as “interim” choir director.  Later, when Alison became the music director, he continued to sing and cause merriment in the tenor section.

Until Liz became ill, Dad never missed a choir concert if Alison was playing or conducting.  Grant made it possible for him to attend Alison’s most recent performance, in January 2020.

Dad learned rough carpentry on the farm in Freeport.  He applied these skills to improving the house on Stone Road, building “The Cabin” in Parry Sound, and later, the completion of their retirement home and his workshop on Farnham Road, near Arkell, where Grant and Sue now live.  He maintained the house and barn in Freeport until he was almost 90.  We grew up thinking all Dads had blackened thumbnails from errant hammer blows!

Fundy View, our Freeport home on the sea, has anchored five generations of MacNeills. After retirement, Blair and Liz (and cats) enjoyed long visits “down home” reconnecting with old friends and new.  Blair entertained many guests and the locals with his stories of growing up on the island in the 20s and 30s and his four books about village life are treasured keepsakes.  As he often said, they were good stories…and some of them were true!

Blair’s sense of humour was legendary, if somewhat predictable. He was a collector of bad puns, and enjoyed writing clever parodies on special occasions; his pen name since his Acadia days, was Shortfella.  He loved to make people laugh, and his disarming ways put folks at their ease.

Dad found joy in the small things.  Apple pie. Liz’s egg tarts. A trip to Tim Hortons. A good mess of clams or a fresh lobster.

He always found joy in his family, never tiring of our stories and goings on. He was immensely proud of Grant and Alison, his grandchildren, and our chosen mates.

Blair was predeceased by his beloved life partner, Liz, in January, 2020.

He was the eldest of his siblings, but was predeceased by his sister, Venna, and his brother, Bill.

He is remembered with love by his first cousin, Virginia (at 101 years old), nieces Dena and Karen, nephew, Phil, and sister-in-law, Donna, as well as many relatives, friends and former colleagues and students.

He never had a bad word to say about anyone. He was hardworking, generous, a model of decency, and a kind and humble man.

He died gently in the loving arms of his family, slipping away to be with his beloved Liz.

To all who helped Dad cope in his final months and weeks, we give heartfelt thanks.  Sheila, Sarah, and Angela.  The Bayshore, Paramed nurses and PSWs. The staff at Arbour Trails. You all lightened our load of care, and we will remember.

A Memorial Service for Blair will be held on Friday, May 27, 2022 at 2pm at Harcourt United Church, 87 Dean Ave., Guelph, Ontario.

All are welcome to attend in person.

In addition, the service will be live streamed, available through this link.

Kindly include name and address in the message box to receive charitable receipts if donating by e-transfer.

A tree will be planted in memory of Blair H. MacNeill in the Wall-Custance Memorial Forest.