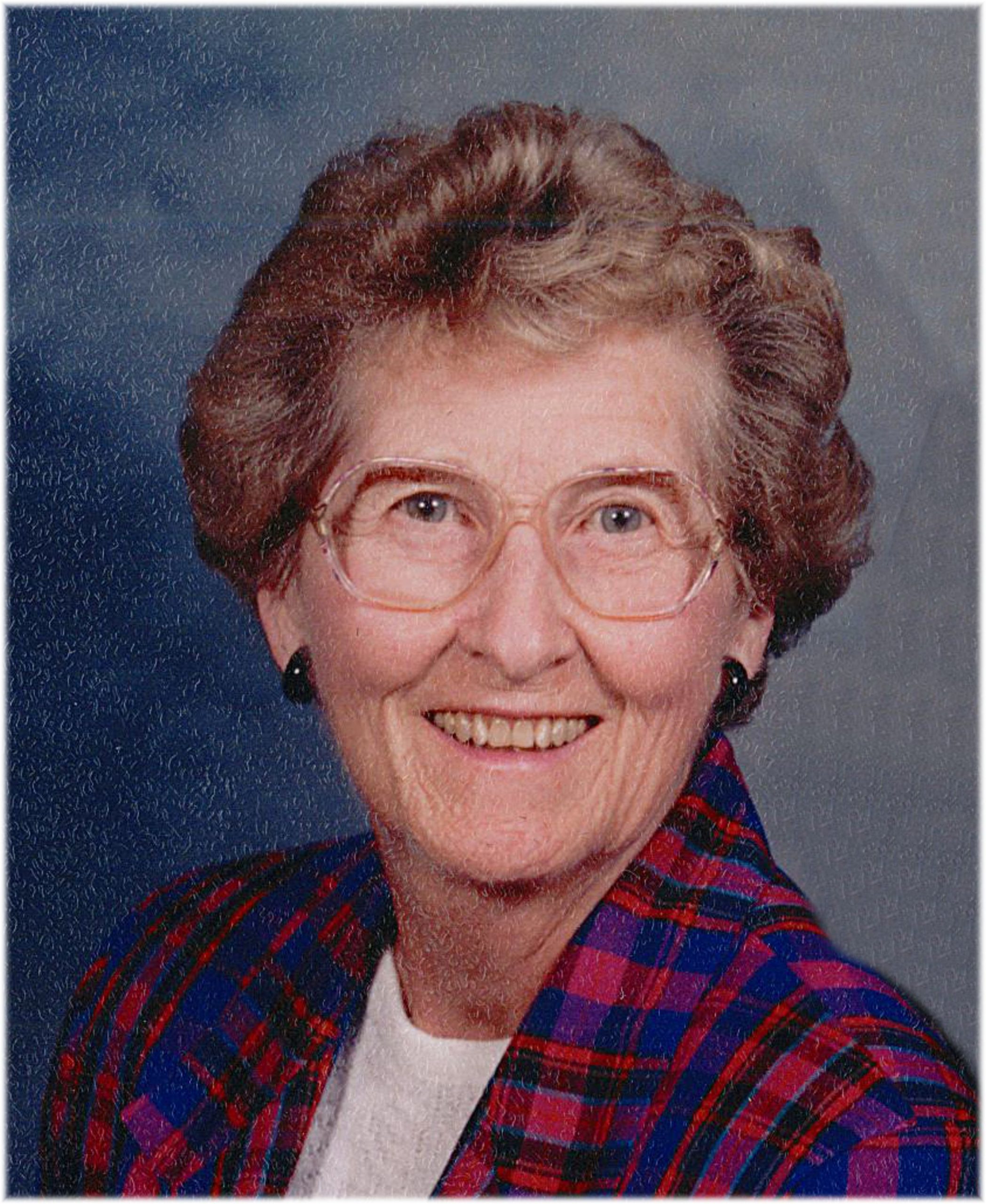 It is with heavy hearts that we announce the passing of our mom at St. Joseph’s Palliative Care unit on Saturday October 30th,2021 in her 97th year.  Blanche was born at “Elm Crest Farm” north of Goderich on March 7th, 1924.  She was predeceased by her loving husband Don (2004) of 56 years.  Blanche leaves behind her son Rick and daughter Lea Anne who love her dearly.  She is survived by sister-in-law Eleanor, beloved nephews Robert, Wayne (Sharon), and niece Karen Graham.  She always enjoyed time with her cousins the Altons and their gang.  Blanche is predeceased by her parents Rachael “Rae” and Percival “Percy” Graham as well as her brothers Jack and Jim.

After high school Blanche trained to become a registered nurse at St. Joe’s in London.  She worked in different cities from Victoria B.C., Toronto, and St. Joe’s Hospital in Guelph until they started a family.  She was a kind and compassionate individual.  She volunteered with the Red Cross for over 25 years.  She was a loyal member at Trinity Church for 63 years and helped with many functions over the years.

Blanche loved her slice of paradise at the cottage for 70 years and on sunny days she would say “can you see the diamonds dancing on the water?”  She enjoyed entertaining and had a special friendship with the Bunts and Archers, they came on the September long weekend for over 50 years.  Blanche has seen many changes and has been fortunate to have good neighbours over the years.  She and Don enjoyed ten years of winter months in Mesa, Arizona where they became heavily involved in shuffleboard.  She belonged to the Royal City square dancing club where they had a special Hawaiian night once a year which turned into a weekend event.  She made many friends who also enjoyed live theatre and each others company.

A special thank you to her caregivers from Paramed, Guelph General Hospital, and St. Joseph’s Palliative care unit.

Cremation has taken place.  A private family service will be held in the spring.  Arrangements entrusted to the WALL-CUSTANCE FUNERAL HOME & CHAPEL 519-822-0051 / www.wallcustance.com.

In lieu of flowers, memorial contributions to the St. Joseph’s Health Centre (Palliative care) or Trinity United Church of Guelph would be appreciated.

A tree will be planted in memory of Blanche M. Stonehouse in the Wall-Custance Memorial Forest.