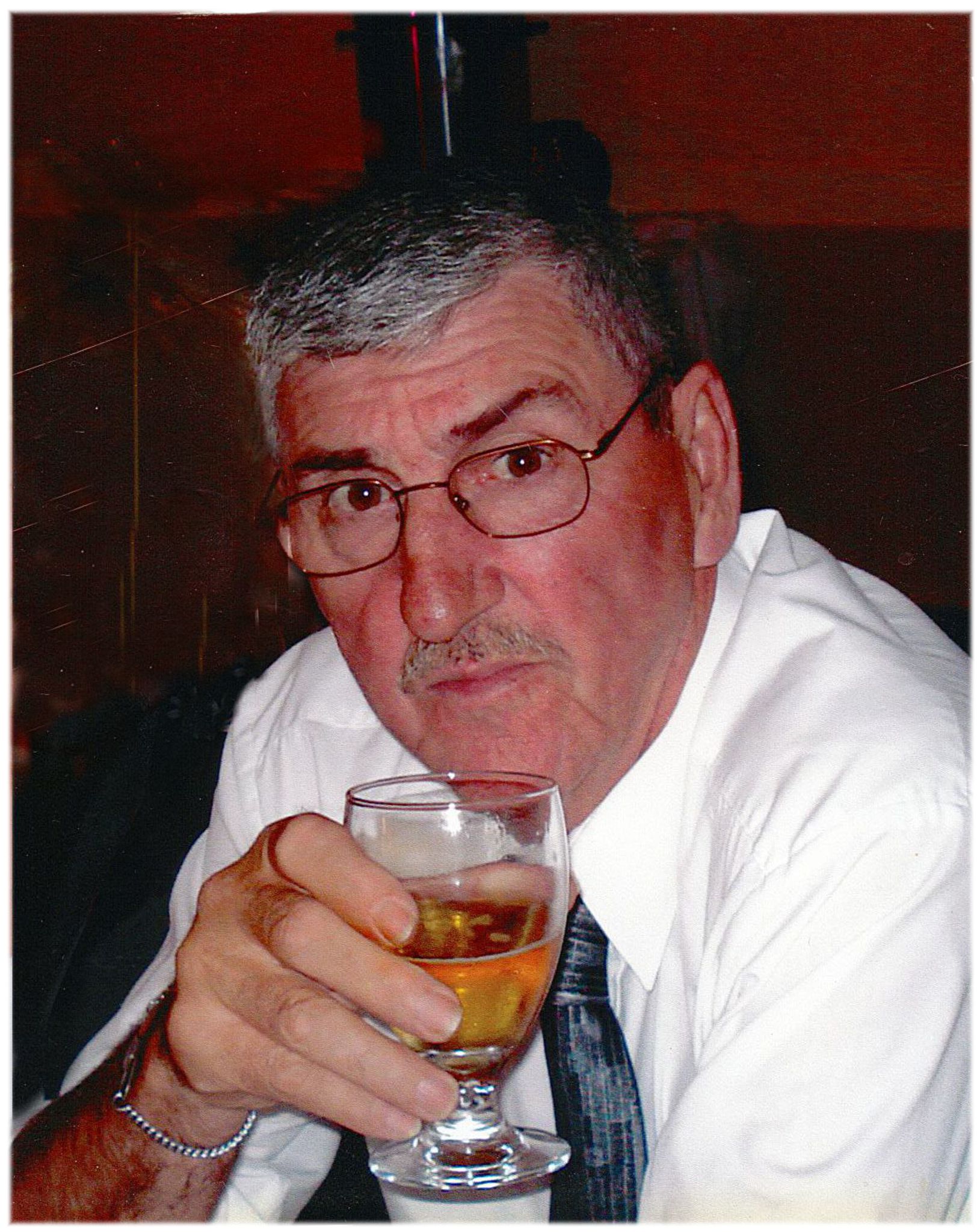 Earle is at rest now, after his battle with vascular issues and, at the end, lung cancer.
We are hoping they have trucks in heaven, he would be so happy driving around up there after his earthly career driving Transport Trailers for MacKinnon Transport for 30 years, Goy Cartage – 10 years, and retired from Challenger Motor Transport after 9 years.

Earle loved family gatherings, that was his favourite. His greatest love was seeing all the boys achieving some of their goals and watching the grandchildren play.
He enjoyed his football team – The Pittsburgh Steelers, and his animals, especially the dogs.

At his request, there will be no funeral. He has asked that you smile, say a short prayer, tip a Blue, cheers to all. Cremation has taken place. A private ceremony will be held. Arrangements entrusted to the WALL-CUSTANCE FUNERAL HOME & CHAPEL 519-822-0051 / www.wallcustance.com.

A tree will be planted in memory of Earle H. Campbell in the Wall-Custance Memorial Forest.