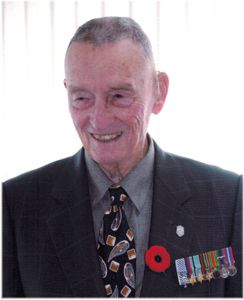 HIGHAM, John Brock – Passed away around 1am on June 18 at home, in his own bed, just the way he wanted to. He was three weeks shy of 100. He wanted no funeral or memorial service but that doesnt mean we wont have a party in memory of him once Covid has been beaten. He didnt ban family reunions!

He was once asked to send an author bio for a poem he wrote, and this is what he wrote for himself: John Higham is a retired pilot who currently spends his time whittling, woodworking and picking up new hobbies, from surfing the web to ramping up his cooking skills. That describes him well; short and sweet. He excelled at any hobby he put his mind to.
He also excelled at caring for and taking an interest in the people in his life – whether family, friends, or colleagues.

John flew 20 different aircraft in his aviation career starting out with flying lessons in a Fleet Finch with the RCAF. He flew 30 combat missions in the Second World War and joined TCA/Air Canada on loan from the air force in 1944. He flew there for 33 years and retired on the B747 Classic.

Arrangements entrusted to the WALL-CUSTANCE FUNERAL HOME & CHAPEL, 519-822-0051 or wallcustance.com  Condolences can be sent to the family via the funeral home website below Johns notice.

John will be missed by all who knew him.