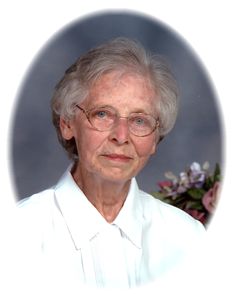 DAVIDSON, Lillian Elsie (nee Kiloh) – Passed away peacefully in Guelph on July 31, 2014, in her 89th year. Ever kind, thoughtful and patient, Lillian was a loving mother, devoted wife, supportive friend, and active member of her community. Lillian grew up in Lansing, on the outskirts of Toronto. She left school early to work at the Income Tax Department. She was proud to recount the story of training a returning serviceman to replace her at the close of the war and then completing high school as a mature student before enrolling at Victoria College and the School of Social Work at University of Toronto. During the 1950s she worked in Kirkland Lake for the Children’s Aid Society and in Toronto for the Neighbourhood Workers Association (later Family Services). Lillian first met her future sister-in-law Agnes Davidson as a teen while serving as a counselor at CGIT camp. She married Alexander Webster Davidson in 1959 and moved to the family farm, located first in Agincourt and later in Stouffville. She was always committed to her church life, and especially active at Knox Presbyterian Church in Agincourt and St. James Presbyterian Church in Stouffville, as a CGIT leader, choir member, Bible study participant, ruling elder and listening ear. She was a 4-H leader. After Alex’s death in 1991, she continued to live in Stouffville until moving to Guelph to be nearer family. She entered into church and community life and enjoyed her time there. She died at the Village of Riverside Glen after a life well lived. Lillian is survived by her loving family – daughter Carolyn of Guelph; son Grant and his wife Amy of Milton; the grandchildren in whom she delighted – Andrew, Jessica, William and Thomas; brother John of Regina; many nieces and nephews and a host of friends. She was predeceased by her beloved husband, Alex; her parents Lily Burnett and Andrew Leith Kiloh; her sister Marjorie; and by her brother-in-law and sisters-in-law Bruce and Mary Davidson, Jessie and Agnes Davidson, and Sonja Kiloh. Graveside committal at Stouffville Cemetery on Thursday, August 7 at 4 p.m. A memorial service will be held at Harcourt Memorial United Church in Guelph on Friday, August 8 at 2 p.m. Arrangements entrusted to the WALL-CUSTANCE FUNERAL HOME & CHAPEL, 519-822-0051 or www.wallcustance.com. In lieu of flowers, donations to Harcourt Memorial United Church, the Children’s Aid Society or a charity of your choice would be gratefully received.