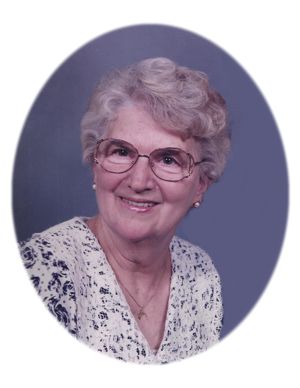 VAN EGTEN, Marie (Gordon, Stinson) – On December 24, 2013, our sweet and gentle Mom and Grandma went to Heaven to meet her Lord Jesus at long last. She was 91. Born in the family farmhouse as the first of seven children to Elizabeth (Moser) and Robert Stinson, Mom soon discovered that she was not a country girl and became a stenographer. She loved her job and she was working at the Royal Bank in Harriston when she fell in love with Bill Gordon. They eventually moved to Guelph where they raised their two children, John and Joan. Mom was very involved in her church, Parkview Pentecostal, serving as a Sunday School teacher and on the Women’s Auxillary. Her kind and gentle spirit drew others to her and she had many good friends. In February 1985, Bill passed away and Mom found her second love in Ralph Van Egten. They married in 1992 and remained together until Ralph’s passing in September 2007. Mom’s final days were spent at Columbia Forest Longterm Care in Waterloo. We extend our sincere appreciation for their care for her. We have lost a special person but we know that she is peaceful, happy and reunited with many loved ones in Heaven. She will be missed by her daughter Joan Bowden (late Mark 2002), her son John, his wife Leslie, and their children, Will, Alexandra and Maggie. Join us to pay tribute to Marie on Monday, December 30, 2013, at the Wall Custance Funeral Home, 206 Norfolk Street, Guelph, at 11 a.m.. Reception to follow in the Wall-Custance Family Reception Centre. Interment at Woodlawn Memorial Park . Memorial contributions to the charity of one ‘s choice would be appreciated.