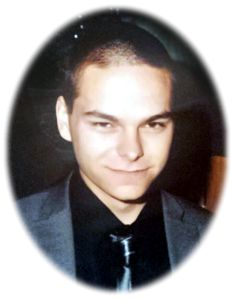 CLARK, Matthew – Suddenly while swimming on August 9, 2015 at High Point Falls in Bracebridge, ON, Matthew Clark was swept over the falls and died. He was in his 20th year. Now leaving the world an empty place, he was the beloved son of David and Ann (Wurr) Clark. He’s also survived by and dearly missed by his grandmother Irene Wurr, his brother Todd Townsend and Todd’s children Inessa and Kyla Townsend Fish, his Aunt Brenda (Clark) Rooney and her husband Bob, Uncle Tom Wurr and Uncle George Wurr. ‘Little brother’ to cousins Ashley and Cory Wurr. The devastating news was sadly received by many friends and extended family. Predeceased by his grandfather Ronald Clark (May 9, 2015) and his grandmother Doris Clark (July 25, 2011) and by his grandfather Gordon Wurr (September 9, 1993). Visitation will be Saturday, August 15, 2015 from 11:00-12:30, with funeral following at 1:00, both at Knox Presbyterian Church, 20 Quebec Street, Guelph. Arrangements entrusted to the WALL-CUSTANCE FUNERAL HOME & CHAPEL, 519-822-0051 or www.wallcustance.com. Memorial contributions to Family & Children’s Services of Guelph and Wellington, 275 Eramosa Rd., Box 1088, Guelph, ON N1H 6N3 would be appreciated.