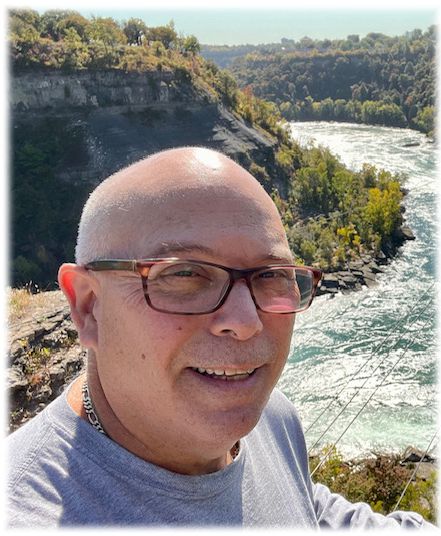 SPADAFORE, Michael Joseph – Of Guelph, passed away at home, unexpectedly on Saturday, January 21, 2023 at the age of 58.

Beloved husband of 20 years to Deborah (McIntyre). Devoted father to Grace and Lily. Cherished son to Terry and the late Joseph. Dear brother to his twin, Mark and sister Debbie (Al). Son-in-law to Gwen and Glenn (McIntyre). Brother-in-law to Brian (Shannan), Bev, and Steve (Kelly). Predeceased by his Grandparents Bubbie and Zaida (Glass) and Grace and Frank (Spadafore). Uncle to Shawna, Christopher, Jennifer, and Brian Jr. Mike will be greatly missed by many aunts, uncles, cousins, friends, neighbours and colleagues.

Mike was born in Guelph on September 5, 1964 and remained here throughout his life. Mike graduated from George Brown College with a diploma in culinary management in 1986. He continued his apprenticeship at the University of Guelph and then worked as a Sous Chef at the Elora Mill. Mike and I met in 1994 while he was working as chief cook on the Great Lake Freighters. He then worked at the Guelph Correctional Centre for five years as chef and then accepted a position at Sunnyside Home in Kitchener where he continued to work for the past 19 years.

Mike was involved in many activities over the years including hockey, baseball, soccer, golf and music. His love for fishing started as a young boy and only increased as he got older. He spent many days fishing on Georgian Bay and Lake Huron.  We bought 3 acres over looking Georgian Bay and built his dream cottage in 2006.  We spent quality time with our family and hosted many friends. We will forever cherish the memories created at our cottage and home. Mike was supportive, generous and kind towards his family and friends and always took the time for others.

Mike was the most devoted father to Grace and Lily. He never missed a concert performance, dance recital or soccer event. Always available for drives to school, pick ups for lunch or drop offs at the gym. I take comfort in knowing Grace and Lily felt that love firsthand. They know their Father‘s love and devotion. They know how proud he was of them.

He was our anchor and that anchor has been ripped away. We are afloat, drifting into unknown waters. He will be missed by many beyond words. He was the love of my life. We will find our way in time and hopefully the waters will calm.

A tree will be planted in memory of Michael J. Spadafore in the Wall-Custance Memorial Forest.