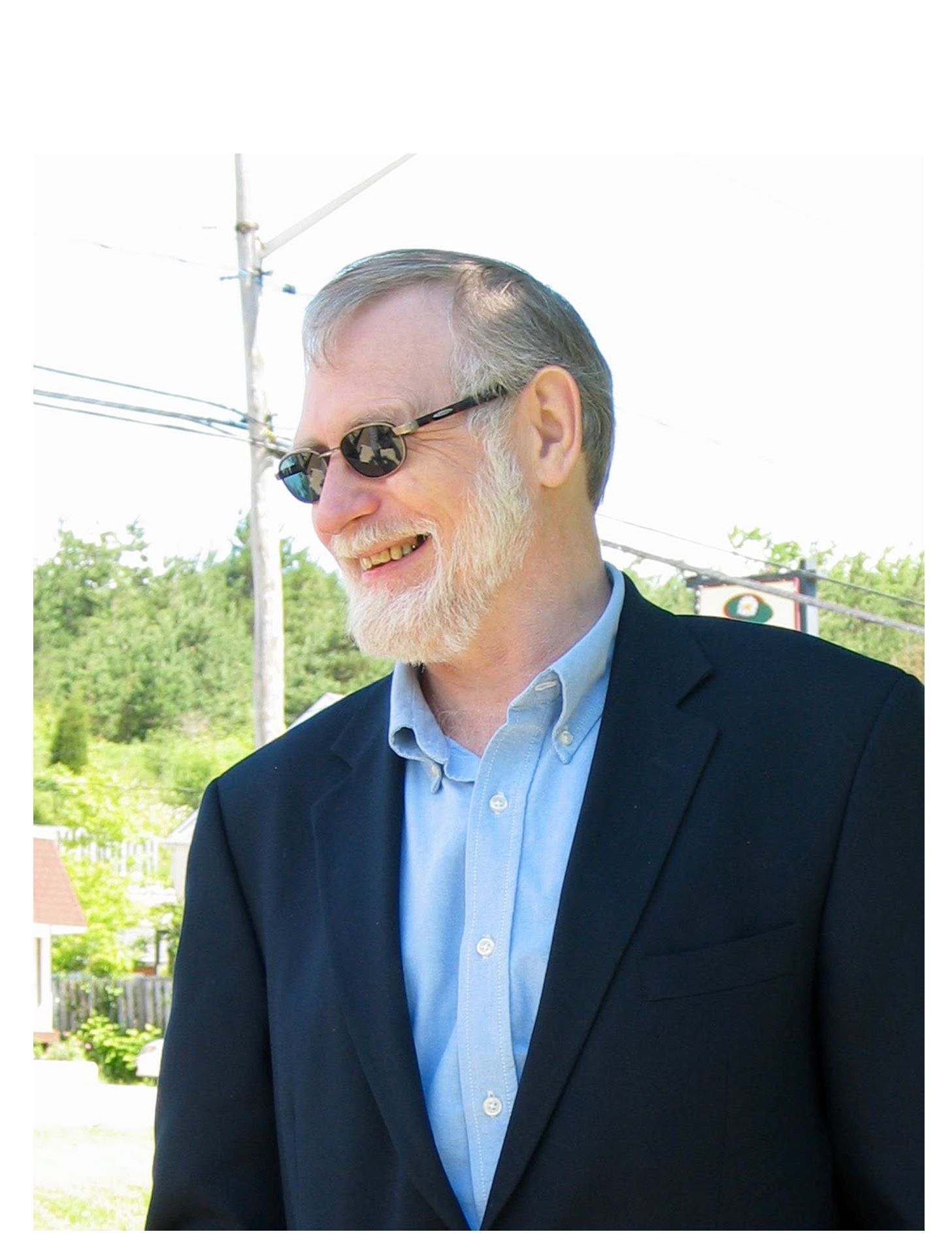 Doug’s family are sad to share that he has left his chair, but are elated to share that he has taken possession of his heavenly mansion.  Doug was raised by his parents, Jamie and Betty (Rouse), in St. Andrews, NB where his love of the ocean started and remained.  Doug came to meet his wife, Anne (Wiggins), and a whirlwind love started and lasted until the day he left us.  He came to a saving knowledge of our Lord and Saviour, Jesus Christ, at the age of 12 and over the years he became a passionate follower and teacher.  He particularly enjoyed sharing the gospel and was faithful to do so in every encounter.

Doug and Anne moved around New Brunswick in the early years of their marriage where they raised three children.  There were some particularly “interesting” years as they added to the count by being group home parents to many young men.  Doug was an avid racquetball player and his family knew that if they went to his place of employment, the Fredericton YMCA, they were either going to find him eating Dunsters Doughnuts in his office or on the racquetball court.  Many friendships were formed through his love of the sport and one of his best friendships that was fostered was that with his son, Luke, who continues to carry this love.

He found his highest joy first in serving his Lord, and second, on the seat of his motorcycle, with his beloved wife with him.  Their summers were spent exploring new spots on his motorcycle, and he rode it until his last few weeks.

He was incredibly proud of his children and grandchildren – they were all precious to him.  He went to concerts, baptisms, tournaments, swim meets, and any other event that he could, right until he couldn’t.  He was always there with a big smile and telling you that he was proud of you – and he was.

When he was faced with the need to start a new career, he did so in spades.  He took on a new skill, self-learned, and started a computer business which eventually turned into a data recovery firm that he worked at until a few weeks before he passed.  That business started in New Brunswick as a partnership with Luke, and they moved the business to Guelph, ON in 2003.

Doug fought and won the battle with cancer, but over the past several years he was challenged with additional health issues that he endured with courageous optimism.  We are convinced that he fought to the bitter end.

Doug is survived by, and will be forever missed by, his wife, Anne, children Greg (Pam), Angela Taborda and Luke (Jennifer), and his beloved grandchildren Rebecca and Shannon Jewell, Diego Taborda, Mercy, Nadja, Thomas and Hosanna Coughey along with his siblings Charline, Eric and Peter and many nieces, nephews and cousins.

A celebration of life will be held at Parkwood Gardens Community Church, 501 Whitelaw Road, Guelph on October 1, 2022 at 2:00 PM to be followed by light refreshments.   In lieu of flowers, donations to Creation Ministries International or to The Foundation of Guelph General Hospital would be appreciated.

A tree will be planted in memory of R. Douglas Coughey in the Wall-Custance Funeral Home.