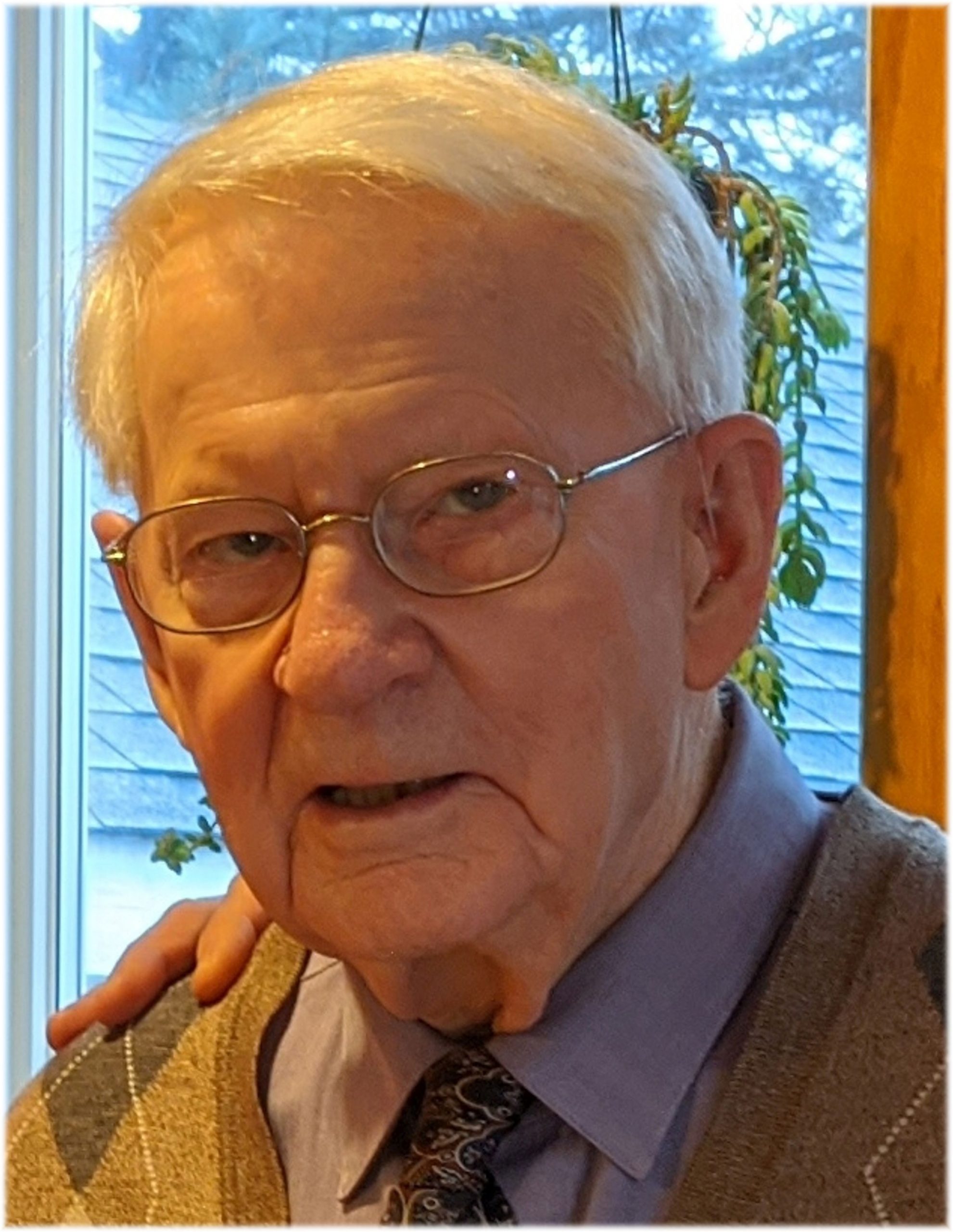 Bill grew up on the family farm in Lefroy Ontario near Lake Simcoe. Once married, he resided on Finch Ave. North York, later moving to Guelph Ontario. Bill attended university, graduating as a Professional Electrical Engineer from University of Toronto. He took great pride in his profession. Most of his career was spent in Toronto at Sangamo Electric (Schlumberger), before moving to Hammond Manufacturing in Guelph.

Bill was compassionate, believing in the church and philanthropy. He was a generous supporter to his community United Church, U of T, and multiple youth organizations. In his younger days, Bill enjoyed square dancing and later kept his mind nimble by building and flying model airplanes with the Guelph Gremlins Model Flying Club. He often drove his 1964 Triumph Spitfire to the flying field. Bill fondly remembered his family camping vacations. Bill was a, accomplished gardener and had a wonderful way with small children and animals. He was known for his generosity, steadfastness, patience, and directness. Bill will be cherished and missed by his family.

A tree will be planted in memory of William (Bill) H. Hamer in the Wall-Custance Memorial Forest.